The MirkwoodArts group has another spin-a-long ungoing: the All*Stars SAL. The theme is stars, and every participant chooses a favourite star for this SAL. Tibor makes a new spindle inspired by one of those stars every so often. It’s nice to spin and chat together. I’m participating and my chose star is Vega.

Vega is the brightest star of the Lyra constellation, and it forms the Summer Triangle together with Deneb and Altair. I have always loved looking for that familiar shape in late summer nights. As the second-brightest star in the northern hemisphere, it’s hard to miss. Another fun fact: about 12000 years ago, in the Stone Age, Vega was the north star! Vega has a dust cloud around it (similar to the debris belt between Mars and Jupiter), and it moves towards the earth, giving it a certain amount of blueshift.

Reading about Vega led me to the following fibre combination:

I blended the two utterly soft blue fibres with a bit of firestar to imitate the dust cloud of Vega. The Nunoco and Under Dutch Skies are a perfect combination: the Nunoco seems to be a lighter shade of the same blue as the Under Dutch Skies fibre.

I started spinning, and what a treat it was! Quite naturally, the singles became very thin. With such delicate fibre, that was no surprise. You may have seen the video below in my previous post already, but this is me spinning this delicious fibre. As you can see, it’s really easy to draft.

It did take me a bit longer to spin than usual, though. That also had to do with the fact that I was knitting shawls as well.

At last, the singles were finished! Onto plying… As usual, I chain plied on my wheel.

I don’t particularly like plying, I find it kind of boring, so I don’t want to also have to struggle with plying on a spindle, having to change hands or spin in the other direction. Even with plying on my wheel, it took me about nine hours to finish!

The weather has been really weird, lately. It is sunny and very warm for the time of year. It’s almost like spring, and even though I enjoy the beautiful weather, it makes me dread the coming summer. With climate change, we may easily break the Dutch heat record and hit 40 degrees Celsius. My body doesn’t like the heat and I find it hard to function when it’s hot. So I’ll just enjoy the current weather and try to not worry about the future too much.

Here’s the final skein. It’s quite much: 1350m/218g of 3-ply yarn. No wonder that it took me so long to finish it. But it’s totally worth it! The yarn is very soft and it has a beautiful sheen because of the silk and firestar. The colour makes me feel happy. I don’t know yet what I will make with it, but first I will just admire and pet it for a while. 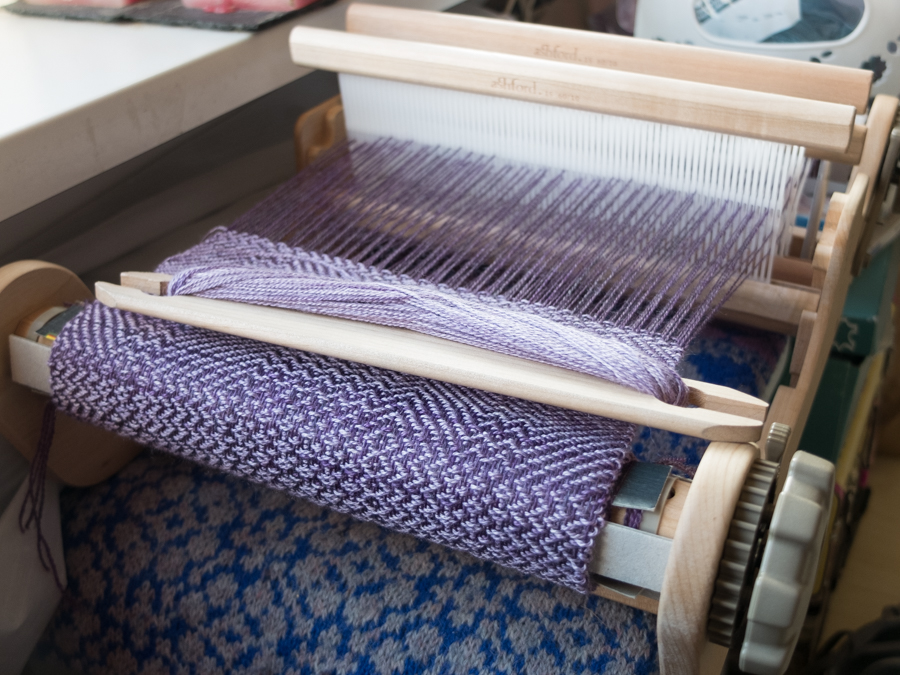