A while ago, I wrote about my search for a new violin. Since then, I have made some progress, although I don’t have a new violin yet.

At the end of my previous blog post, I was quite impressed by the 7/8 size violin that I got to try at the luthier. So, when I returned a week later, I asked if I could try it again. This time I brought my mum, who listened from a distance and who even played a bit for me herself.

The luthier brought in the 7/8 size violin and three 4/4 size ones. I gave the new to me violins a try and was immediately drawn to one of the 4/4 violins, which had a very deep and full sound, especially on the lowest string. It wasn’t as easy to play as the 7/8, though, it was substantially heavier and larger (or at least it felt that way). The other 4/4 violins didn’t really touch my heart.

So, there were now two nice violins. The 7/8, made by Osvald Weidlich in 1899, and the 4/4, made by Anton Ostler in Mittenwald in 1919. Next to each other, they don’t seem to have a large size difference, but when playing them, you can really feel it.

My mum loved the Ostler because of the deep tone and I kind of agreed with her, although I still had a soft spot for the Weidlich because it felt so nice and light and subtle. The Ostler felt almost too expressive and dramatic for me. But also really beautiful.

So, when the luthier came back and asked what my thoughts were, I explained my dilemma. He said, ‘Why don’t you just borrow them both for a bit and explore them further for a week or two?’, and I was pleasantly surprised that that was a possibility. I signed a form and the luthier even let me borrow a case that could hold two violins.

I spent a lot of time playing the violins that week. I recorded myself to also be able to listen from a distance. Gradually, I started leaning more towards the Ostler, but I did feel that the lower strings could use some clarity. The 4/4 size seemed to be fine for me. The 7/8 still impressed me, though, and I felt a bit sad that it wasn’t a 4/4 size.

A week later, I went back to the luthier to try some other violins, since the 4/4 size was better for me. He had laid out another two instruments for me to try, and then he remembered that he had another interesting violin that had just come in. This was a violin that was made by a self-taught violin maker, a Mr. Wijn, back in 1935. His daughter-in-law was selling it after her husband, the maker’s son, passed away.

The Wijn violin didn’t come with a label, but some old papers were included. The famous Dutch violin player Louis Zimmermann had written a recommendation for it after being asked to give it a try.

So, here I was again, trying different violins. Another violin, made by Schuster & Co, was also very nice, and quite similar to the Ostler. I liked the Ostler a bit better, so that choice was easy. The other violin was really not my taste at all. The Wijn was interesting, though. It had bright and almost wild overtones next to my ear, and the sound was quite different from the others. I did find a weird note on the D string, though, not quite a wolf note, but just a bit temperamental.

The luthier came back in and we talked about my experience. I told him that I still really liked the size and volume of the Ostler, but that I preferred the cleaner tone of the Weidlich. So he proposed to change the strings to be the same on both violins and see what difference that would make. The Ostler had mellow-sounding Obligatos on it, and he exchanged them for more spirited Evah Pirazzis. I would borrow the same violins again for a week or so and compare them, now with the same strings. Meanwhile, he would take a look at the Wijn violin and see what he could do about the weird note.

So again I played every day. The new strings worked quite well on the Ostler, and I was ready to say goodbye to the Weidlich. But I was also still curious about the Wijn violin. Its sound had resonated with me, in a different way than the Ostler.

One week later, and I was back at the luthier. He had been able to tame the strange tone with a wolf suppressor and I asked if I could borrow the Wijn to get to know it better. Of course I could, and I spent many hours over the past two weeks playing, recording myself, and listening.

When you play a violin, its sound tends to ‘open up’ after a while. I’m not sure if it’s just a sign that you know how to work together with your instrument better, or if something actually changes physically that improves the resonance, but I did experience it for sure. The Wijn violin started to sing. Yes, the Ostler sings too, of course, but the mid tones of the Wijn have a flowing, liquid quality that I really love. The lowest string doesn’t have a very deep sound, though.

I was leaning towards picking the Wijn violin because I was falling in love with its sound and responsiveness. I tried other strings on it and that was interesting too. It makes more of a difference than you’d expect. Yesterday, I decided that I would buy it.

And then, I had my first violin lesson today.

My new teacher is really nice. She played on both violins and gave some good feedback. But she made me doubt my decision again. The Wijn violin has a slightly different neck shape than the standard violin. That might come back to bite me if I ever want to upgrade in the future. Also, the bridge is a bit low. And the Ostler has a really good sound according to her: deep, even, and full.

So, should I go for safe or take a risk? Choose to follow my heart or my head? I was stressing myself out after that lesson. I had an appointment with the luthier this afternoon and now I didn’t know what to do anymore.

Of course in the end it turned out okay. I went to the luthier, explained the situation, and he was very helpful again. He’s going to cut a new, higher bridge to see what that does for the Wijn violin, it just might add some depth. And we can also try some different strings. Then we know what the possibilities and limits are, and I can make a more informed decision. I would be happy with either violin, I think, so that’s a good thing to keep in mind.

He even let me borrow the Ostler still, so I have a 4/4 violin to practice on until I make my choice! I’m practicing making a nice tone with a relaxed arm, at the moment. To be continued… 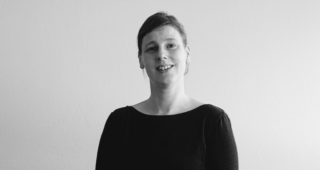 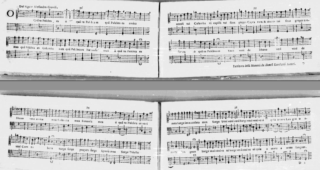 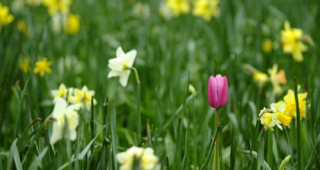 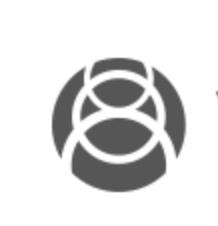