For a while, I didn’t take as many photography walks as I used to, but lately, I’ve been going outside in the evenings again. I took Freya outside again too. Fortunately, she still liked it despite her previous experience. We walked along the street with the grass and she chewed on many blades of grass. Whenever a dog appeared in the distance, I lifted her up and made sure that they didn’t see each other. It worked quite well. Freya even visited the street that looks like our street again and wanted to be let into “her” house again.

Then, one night this week, I encountered some new cats. I had seen some of them before in the distance, but now I was able to get closer. The reason why? A woman was feeding the neighbourhood cats. She apparently does that every night around the same time, so there was a friendly gathering of cats sitting around on the pavement outside of her house.

This lady or lad is very soft and friendly. Very eager to get petted and calm and relatively dominant to the other cats. One night, the white tabby insisted, they needed some quality lap time!

This beautiful lady is easily spooked. I’ve managed to get her to sniff my fingers, but that’s it. She jumps back and takes her distance again. She’s quite friendly with another beautiful cat, a brave little calico. They’re both still kittens, I estimate that they are about six to eight months old.

This pretty calico is the big sister of the little tortie. She was adopted first, and the tortie was adopted to be her companion a few months later. So, you could say that these people got a pet for their cat…
They’re usually found near each other, and they play together well.

Near these two lives the friendly ginger cat who I introduced already, and who loves being petted. Usually, when I walk past, he comes to me and rolls around on the pavement. I pet him a bit, and we part ways again. You can recognise him easily because he has some dark freckles on his nose.

The other ginger was there, too. He lives across the street from me, and he’s indeed called Tarzan. In the evening, his guardian calls out his name, and he comes running home. Yesterday night, I was with him when he was called, a few streets away. He jumped up and ran straight home. Good little Tarzan!

I saw another new face as well. This ginger-and-white cat is quite friendly, and if you pass he may even come to you to get acquainted.

The lady who feeds the cats doesn’t let him into the house, because he’s an intact Tom. Beware, lady cats!

There’s a new black cat in the neighbourhood. I spotted him a while ago, next to the water, and he didn’t want to come to greet me then. Yesterday, I managed to pet him. He was super soft and very friendly. And very interested in the food.

Cow kitty was there as well, of course. This guy has a long, whiney meow, and he’s been quite friendly with ginger no. 1 lately. They were following each other around a lot in the last few weeks.

So, it was crowded at the food lady’s place! I counted at least seven cats nearby. The white cat dominated and ate first. Then the little calico took her turn. It was fascinating to see how they dealt with catiquette. If one wanted to pass another, they would walk to the other side of the pavement and circle around. A bit like in anime fights, haha! A little hiss here or there was a subtle warning signal that someone was coming too close. Everybody behaved relatively well.

Then the food lady went inside and the cats were still kind of hanging around and socialising. I think they find it interesting to observe each other and test their boundaries a bit. I stayed too and watched them. I made a little video because it was such a special moment. Most of the cats that I described above were around. Can you spot all of them? I think that only the black cat wasn’t there. 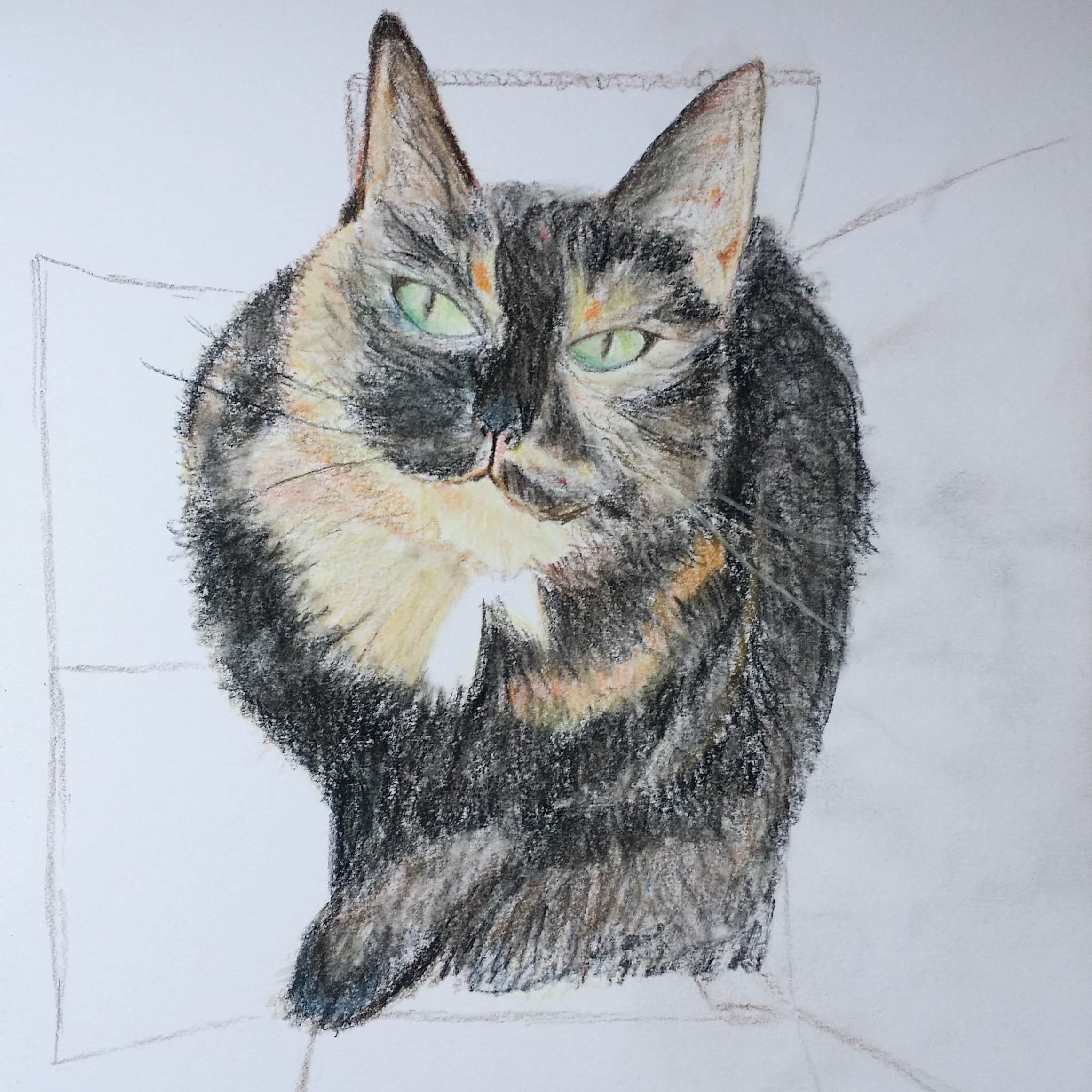 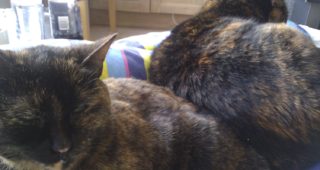 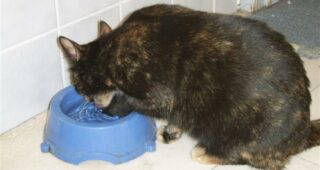 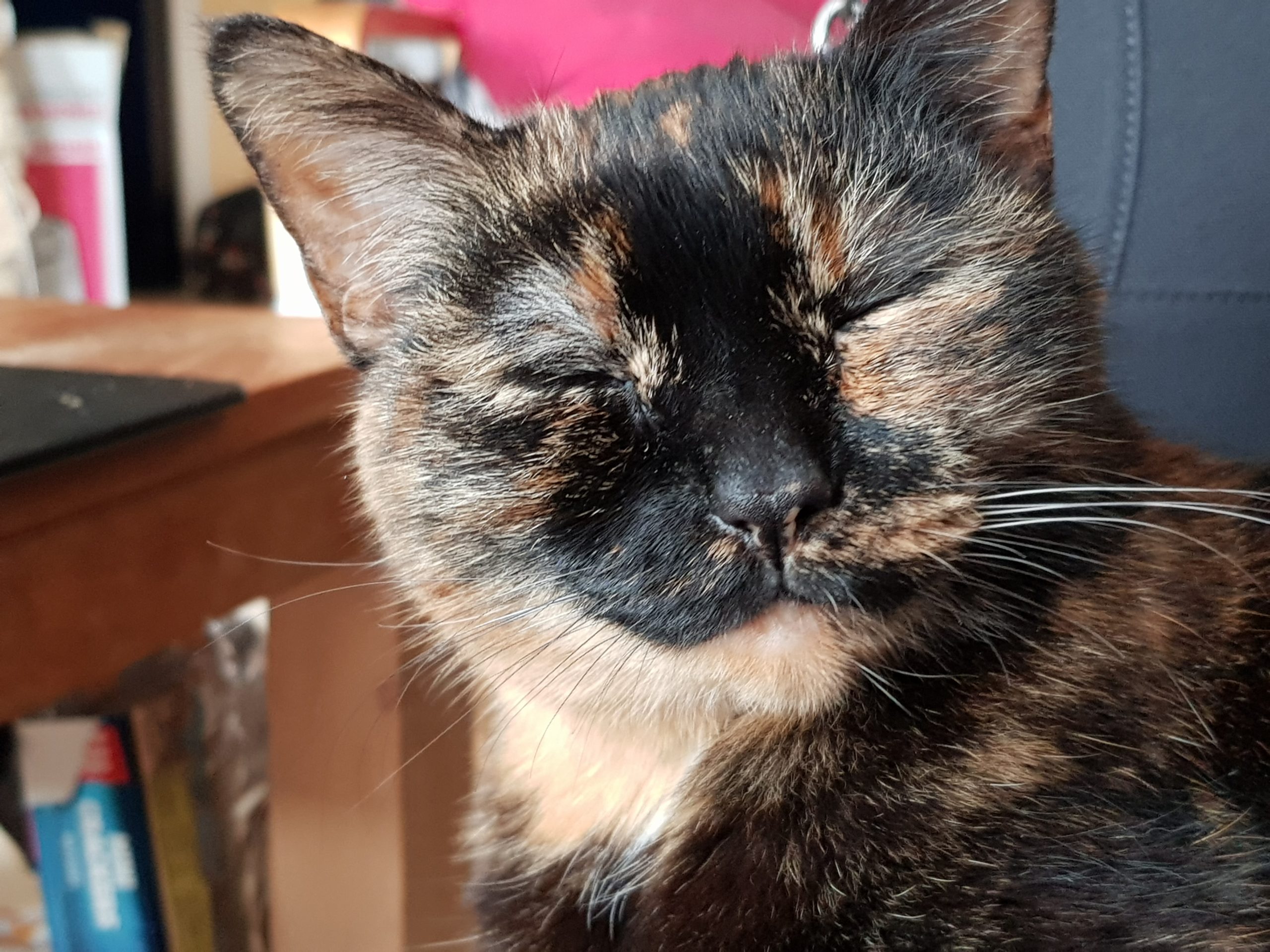 2 thoughts on “The felineship of food”