The Tour de Fleece has been going on for a week now, so it’s time for an update! I have been spinning more than usual. The fact that an event is going on encourages me to be more involved. I have enjoyed looking at all the update photos on Ravelry and Instagram, and it makes me want to spin more.

In total, I have spun 380 grams of fibre on 22 spindles, so I have spun about 25% of it during the Tour. The plying took me quite some time. I don’t really enjoy plying somehow. It feels like a chore. That is strange because spinning might be seen as just as tedious. Well, at least I had some company while I was doing my chores.

I think the reason that I find it a chore is that I have this feeling that I should finish it soon. Spinning feels timeless. Plying on my wheel is going much faster, and I focus more on the result. In this case, 380 grams of singles have to pass through the orifice before I’m there. Of course, that takes hours and hours.

But I continued, and by late Friday afternoon, I had finished. Yay!

Up next: winding it all onto my niddy noddy and measuring the length and thickness. That took me another hour or so. In the end, one skein turned out to be 182 grams/708 meters (389m/100g), and the other was 198 grams/742 meters (375m/100g). Close enough! I’m slightly surprised by the consistency because I started this project at the beginning of May. I would have expected that the thickness of my singles would have changed a bit over time. But apparently, only a little.

I washed the skeins and they are drying. The yarn is very soft. I’m looking forward to knitting with it. I may spin the remaining 120 grams of fibre too at some point if I need more yardage for my chosen project. But for now, I’m done with purple for a while.

It was already Friday evening, but I felt like starting something else. So I went to my stash and found the batts that I wanted to spin next. They are called Dreamer and they are a blend by SpinJones. 100 grams of merino/silk in pretty unicorn colours.

I opened up the batts, and look what was inside:

So colourful and wonderful! I was getting inspired. I took out my blending board and made some rolags because I find them easier to handle than batts when I’m spinning supported.

And here is the result. The silk noils are mostly inside the rolags, so bits and bobs will still pop up during spinning. I love this colour combination and I think that the bright yellow accents really add some pizazz to this blend. I’m going to spin them a bit thicker than the purple, sport to DK weight. Hopefully I will be able to show you the result next week! 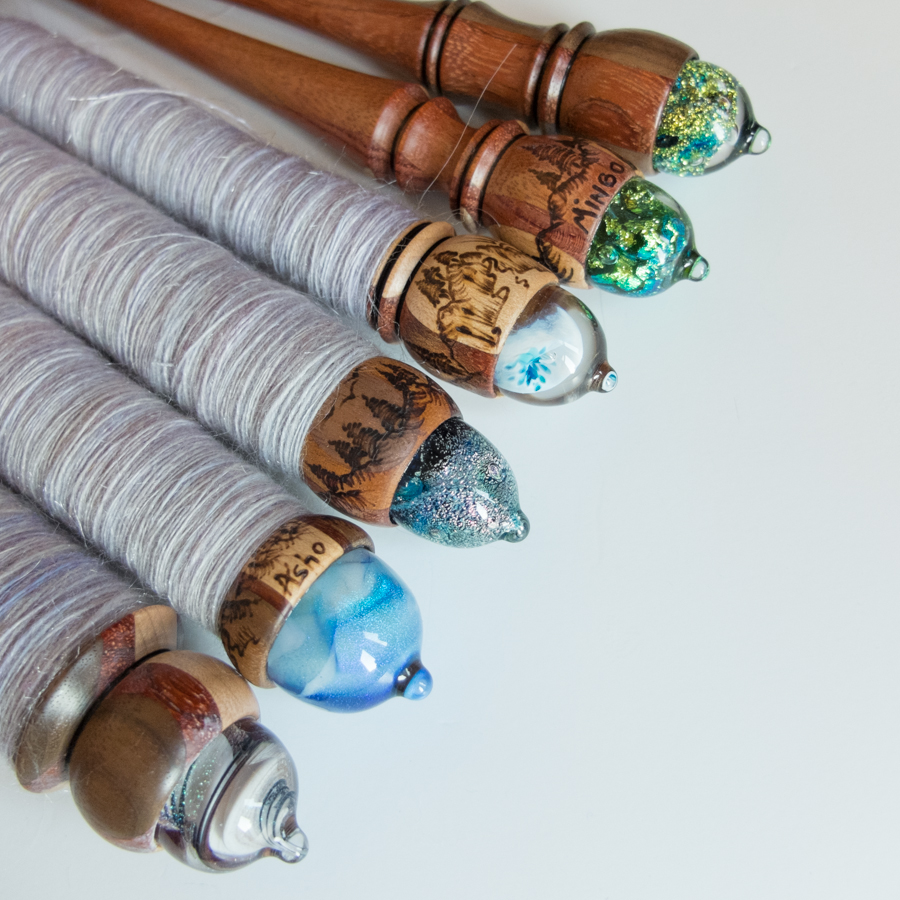 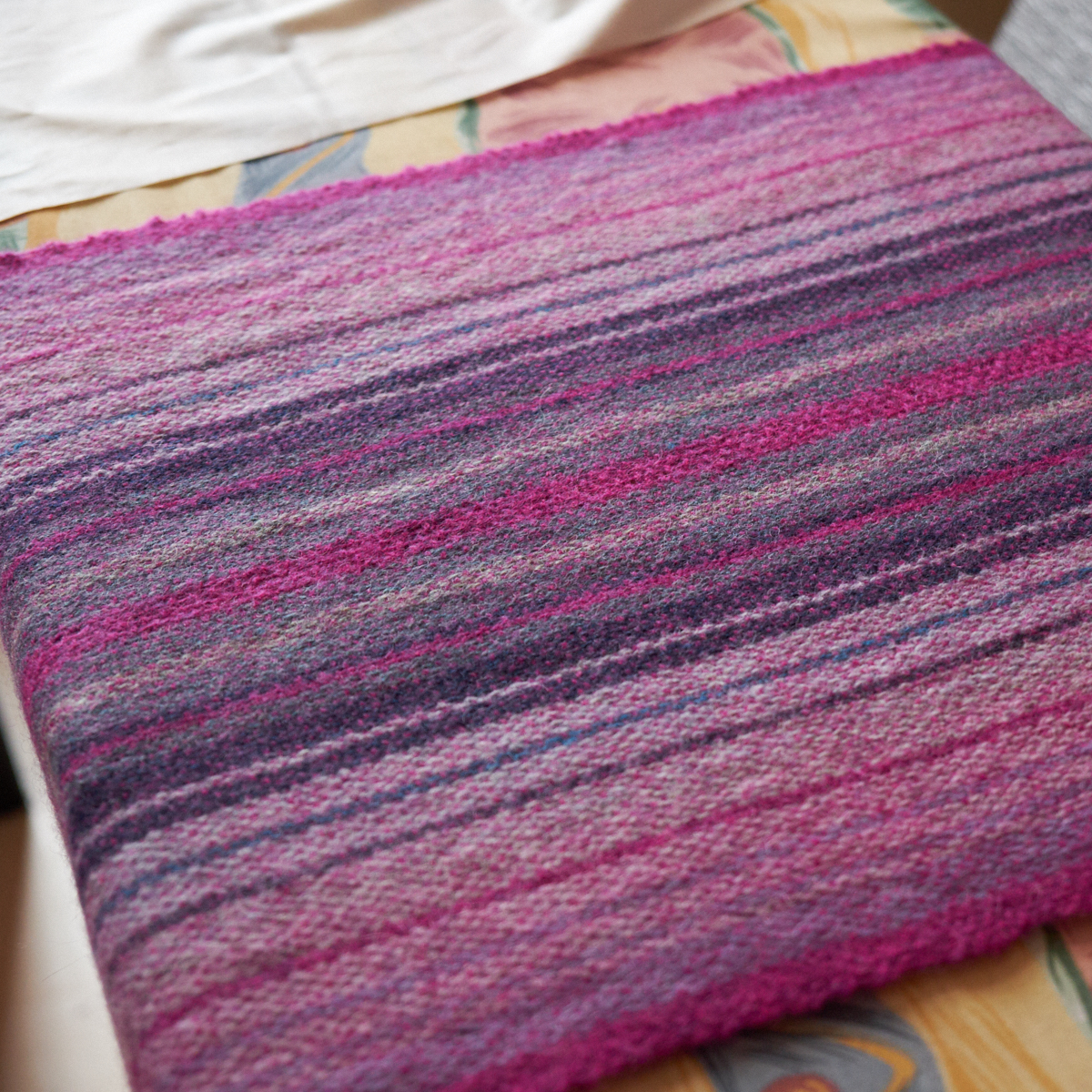 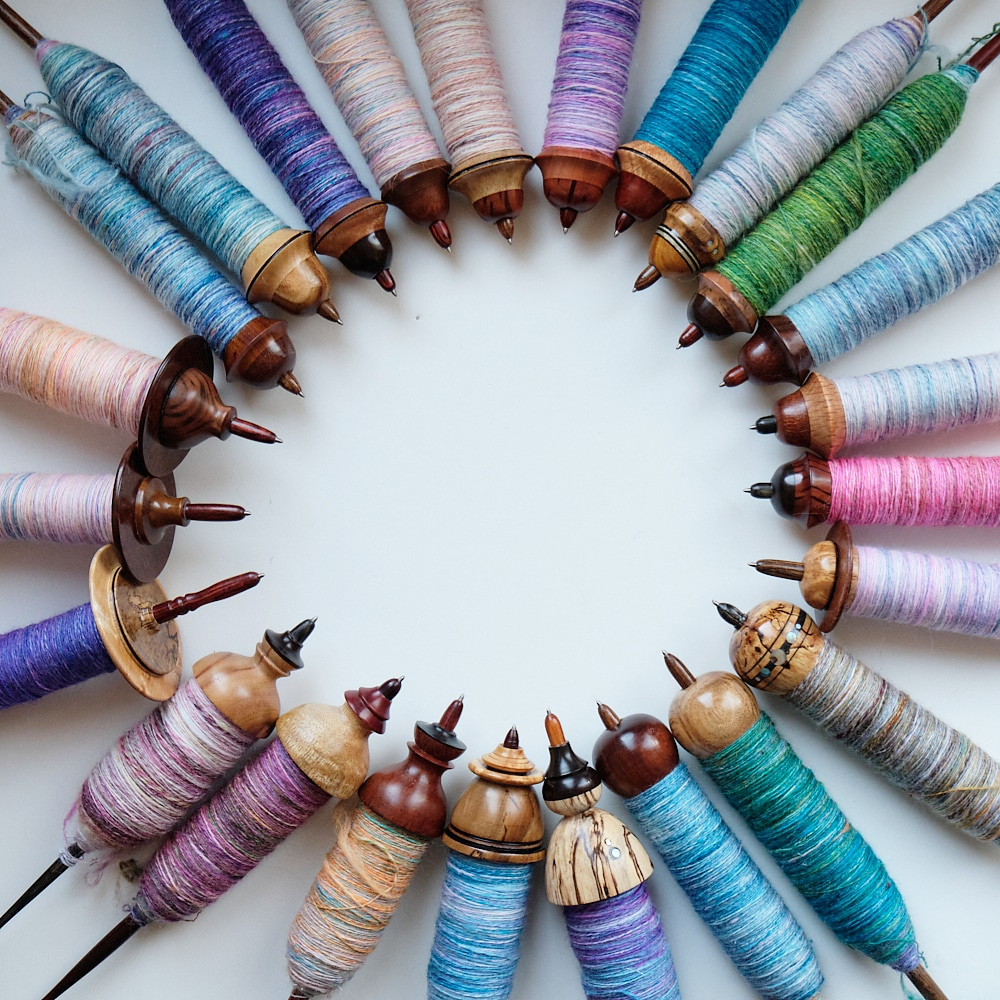 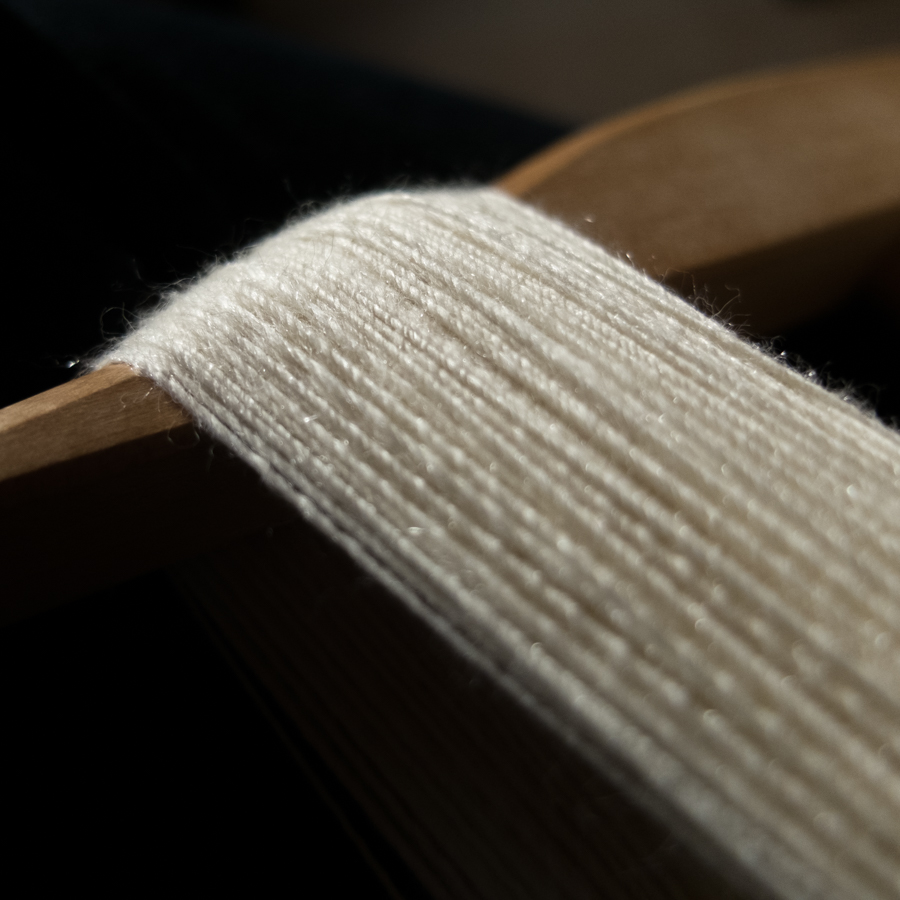 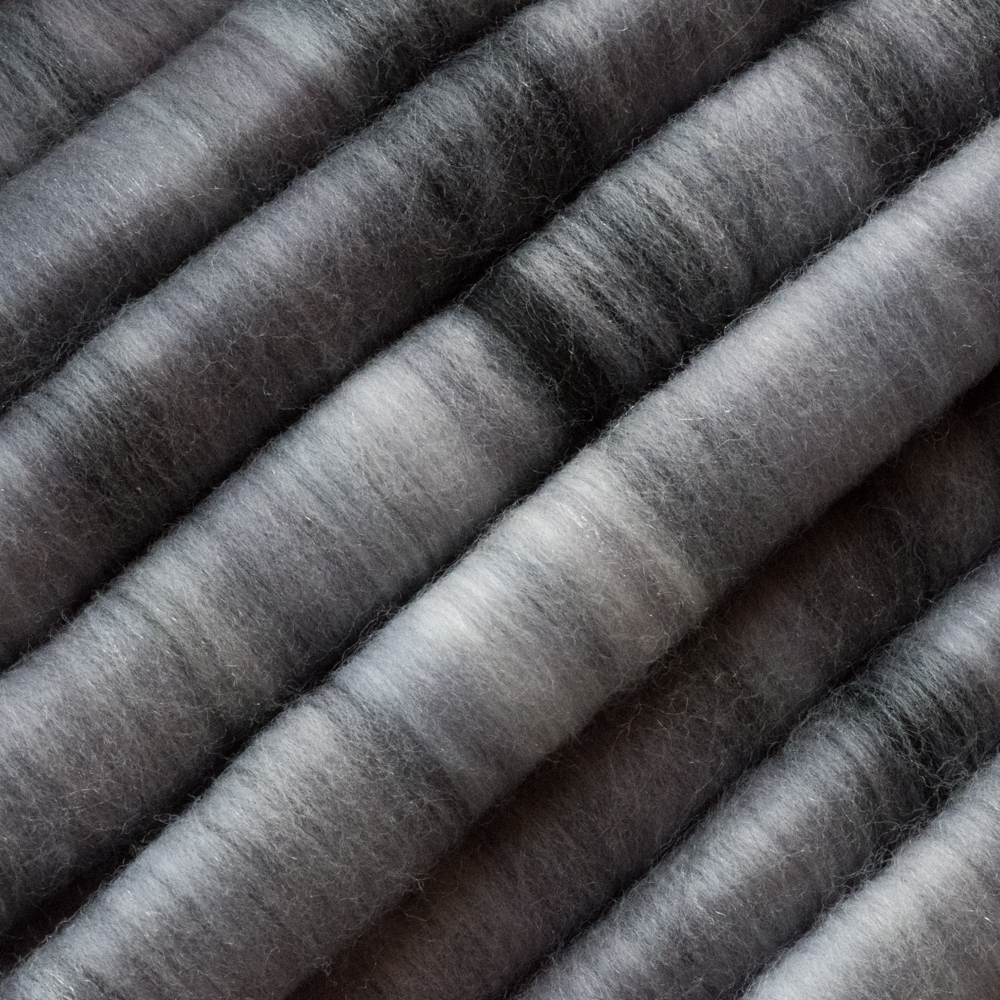