This past year has been rough without Freya. I really missed her, and I also missed feline companionship in general. I really wanted to adopt two new cats and get to know them. But we decided to wait until after the home renovation project, because having new cats/kittens then would be quite unpractical. So, about one month ago, I started looking for kittens in the neighbourhood.

I found a litter nearby, consisting of seven (!) kittens: one ginger boy, three black girls, and three tortie girls. They all looked adorable! So I made an appointment to come and visit to see if there was a click.

I had to go by public transportation, which took a while, and it was raining the whole time. But when I met the kittens, my day instantly turned brighter! The tortie on the left was scared of me at first, but then she licked my fingers, and the tortie on the right fell asleep in my hand.

It was clear, I had been claimed. So we decided that I would come pick them up after our holiday! Two more weeks of waiting, but a good reason to return.

On holiday I became good friends with an (abandoned? stray?) cat, who visited cautiously at first, but who was running towards me to sit in my lap by the end of the holiday. That was so precious! It was a shame that I couldn’t bring her with me…

The day after we got home, we went to adopt the kittens! We had spent quite some time during the holiday to come up with good names. And in the end we decided on Pippi and Puk. At first, they were quite spooked. Puk ran away and hid under a cupboard! Of course their litter mates had disappeared one by one over the past weeks, so I can’t blame her. Pippi, on the other hand, was dozing in a chair, so she was easily shoved into the cage. Puk was lured from under the cupboard and added to the cage without problems.

Here they are, in their cage on the way home. Puk is sitting in the front, and Pippi is behind her.

They were scared, of course. Who wouldn’t be, if they were ripped away from their home, into a cage, in a moving car, with strange people? But they settled in and relaxed gradually during the ride. In the end, they were closing their eyes and dozing off.

When we arrived home, I opened the cage. Who would come out first?

But soon, they started exploring the room. They ate some kibble, drank some water, played with a little ball. But no litter box visits yet.

In the evening, they really got the zoomies. They were not as scared anymore, and had some energy to burn. The little soft balls that I bought were an instant hit, as well as the tunnel.

And you know what kittens are like: play hard, sleep hard. And they surprised me that evening: Puk climbed into my lap, while Pippi snuggled up next to me on the couch. Bliss!

Talking about snuggling, these kittens have loud and easy purrs! As they got used to us, they started to purr whenever we come near them. They love being petted, and they don’t mind being picked up. They’re well-socialised! They love sitting close to us.

On day two, they were cautiously friendly when greeting me. Still a bit wary, but their tails went up and they were purring up a storm once I petted them.

The zoomies increased, they slept a lot again, and a good friend of mine visited to meet them. She brought them some small presents, and the little mouse was a hit! Puk LOVED it and started growling whenever Pippi came close. It was hers!

Oh, and they fit under the couch.

They also discovered the window sill: a new world! On Friday, they just walked around the cat furniture, but now it became a nice way of climbing up. Going back down was also easy: there was a hammock hanging on the heating. Perfect as stairs or as a sleeping spot!

Of course, they played with their tunnel again. Perfect for stalking your sister! Or chasing your own tail!

That evening, both of them were lying in my lap!

They snuggle together all the time.

They are still so tiny that they easily fit on it together. Speaking of which, they really do everything together. That first morning, there was a little accident involving them nog recognising the litter box at first – well, two accidents, really. And then they discovered the litter box and went together! Whenever one of them decides to do something, for example, drink some water, you can see the other think “hey, good idea”, and she will join in.

Here are some more pictures of them being these adorable cuties:

I almost cannot believe it, but I have cats again! And they’re purrfect and sweet and beautiful and loving! I’m so grateful. 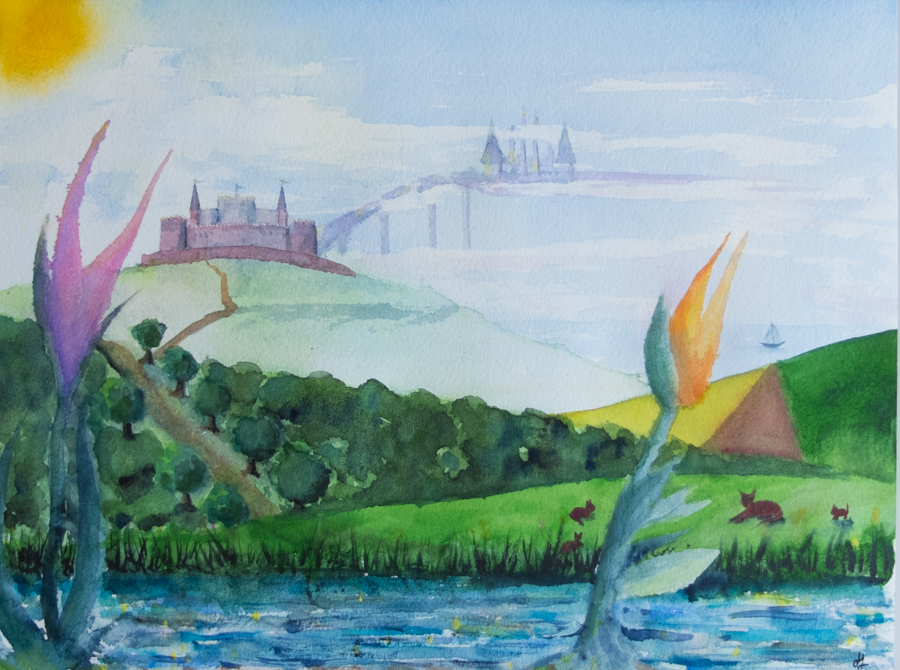 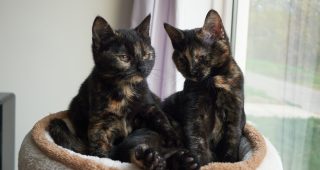 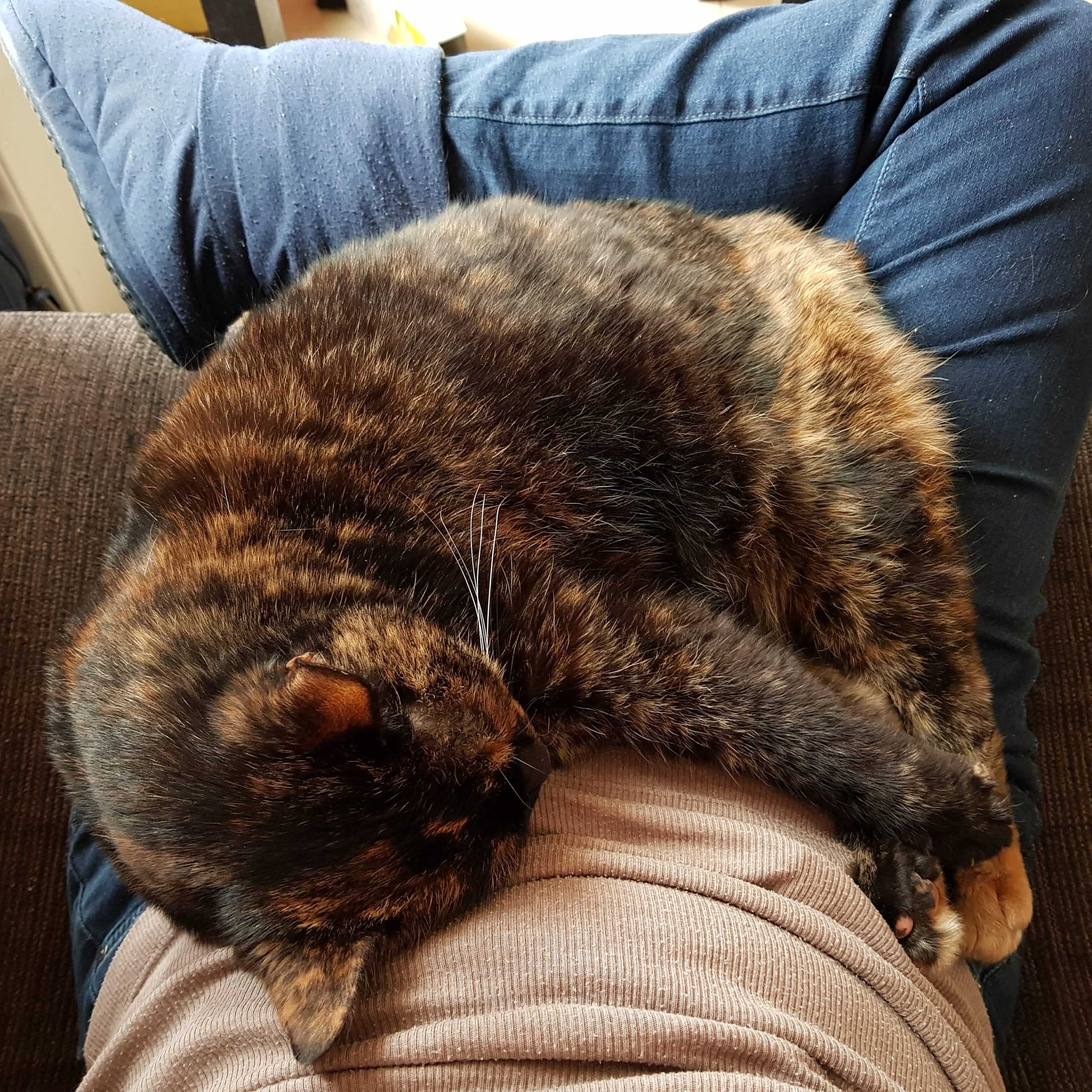