This past year has forced most of us to spend more time at home and to meet with other people less often. I myself have been working from home since the second week of March 2020, and I have only met with my close family and friends a few times.

At first, when Covid-19 was still new and much was still unknown, the streets were relatively empty and slowly it became more normal to wear a face mask when going grocery shopping.

Some people even washed all their groceries before bringing them into the house, for fear of surface contamination. Some didn’t respect the 1.5 metre rule and other precautions that people were taking. Some people bought lots of toilet paper (or potato chips).

But most people were complying during those early days, when the hospitals became full just like earlier in Italy, and we were quite dumbfounded by this virus that could pause the world just like that. People were hanging t shirts with big red hearts in front of their windows to show support for the doctors and nurses.

How different is it now. One year later and the hospitals are once again preparing for code black (when they cannot help everybody anymore), but people are desperate to go out and shop, to meet their loved ones, to enjoy spring, to hug each other, and to go back to normal. So the government has loosened the restrictions a bit, despite the critical hospital situation.

While I can definitely empathize with the people who want to return to their old lives, I don’t feel the same way. Sure, I’d like to be able to give my parents a hug, or take the train to visit a friend once in a while without having to worry, but I have noticed that, generally, I actually feel better. Having sensory processing sensitivity (a trait shared by HSPs, autistics, and other neurodivergent people), it is actually a relief not to be expected to do more than I can for a change.

Working from home gives me more control over my structure and environment. I don’t have to deal with the stress of traveling in public transportation, with colleagues who interrupt, bright lights and air conditioning in the office, lots of social interaction, noise, and other sensory burdens. Instead, I can flexibly plan my days and make sure that it’s quiet around me. Just last month was the first time since I started working from home that I thought that it might be nice to see my colleagues again. So, going to the office once or maybe twice a year is probably enough for me.

I don’t have to meet with people often now, and being in larger groups is still out of the question. The visitor limit was one person a day, and since last Wednesday, it is now two people a day. Which is plenty for me. And since we’ve moved away from The Hague to a larger house with a garden, I feel as if I can really breathe and enjoy life as a… well… recluse? Not entirely, because of course I live together with my husband, but we both have our own hobbies and we don’t expect to be around each other all the time. Having a coffee together in the garden now that the weather is getting warmer again is really nice.

With my studio in the attic, I have somewhere to go for my alone time. It’s not completely the same as when I’m the only person in the house, but it’s fairly close. I have time and space to express myself with music and art and crafts and my room is still relatively empty. I want to make sure that it doesn’t become cluttered because this feels so very good.

So I’m quite content in my smaller bubble. It’s not that I don’t like people or their company. It’s just that they are often too much for me and that I’m overwhelmed by the intensity of social interactions. There’s so much going on, it’s a sensory barrage of noise, visual clues, subtext, emotions, and while I can definitely enjoy spending time with people, it wears me out quickly. My brain can’t keep up with it and I need a lot of down time to process everything that I couldn’t in real time.

So, with all that in mind, I can relate a lot to the text of the song of the day today: O Solitude. The lyrics were written by Katherine Philips (1631-1664) and the music was written by one of my favourite composers: Henry Purcell (1659-1695). The bass line is repeated throughout the song, while the melody brings variation. This repeating bass line is called basso ostinato, or a ground. It was quite in vogue around that time. I’ve been singing more early music lately and it feels like coming home.

O heav’ns! what content is mine
To see these trees, which have appear’d
From the nativity of time,
And which all ages have rever’d,
To look today as fresh and green
As when their beauties first were seen.

O, how agreeable a sight
These hanging mountains do appear,
Which th’ unhappy would invite
To finish all their sorrows here,
When their hard fate makes them endure
Such woes as only death can cure.

O, how I solitude adore!
That element of noblest wit,
Where I have learnt Apollo’s lore,
Without the pains to study it.
For thy sake I in love am grown
With what thy fancy does pursue;

But when I think upon my own,
I hate it for that reason too,
Because it needs must hinder me
From seeing and from serving thee.
O solitude, O how I solitude adore! 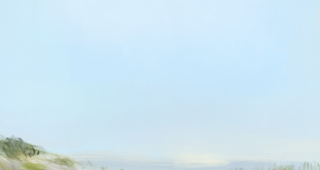 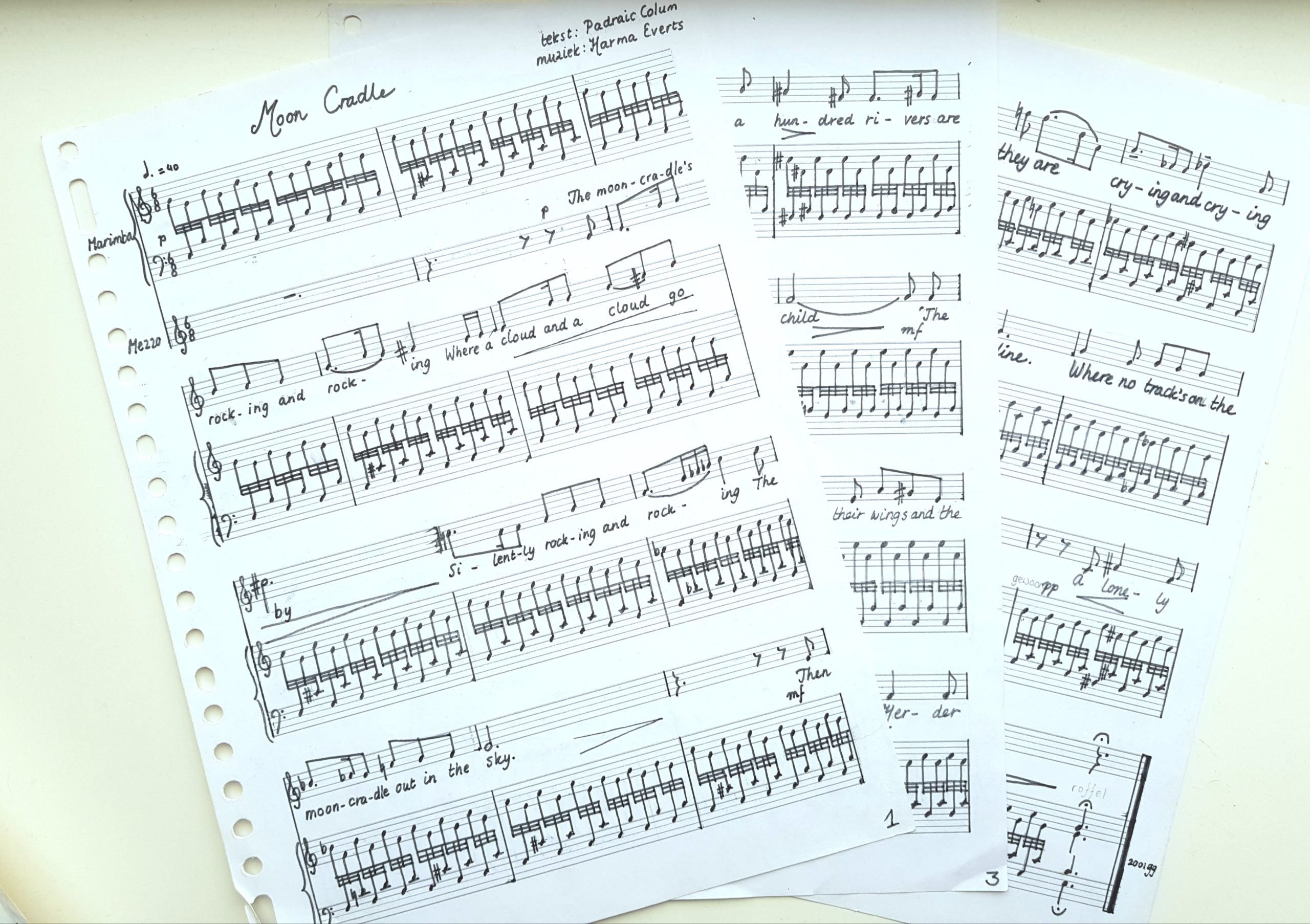 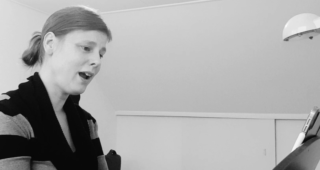 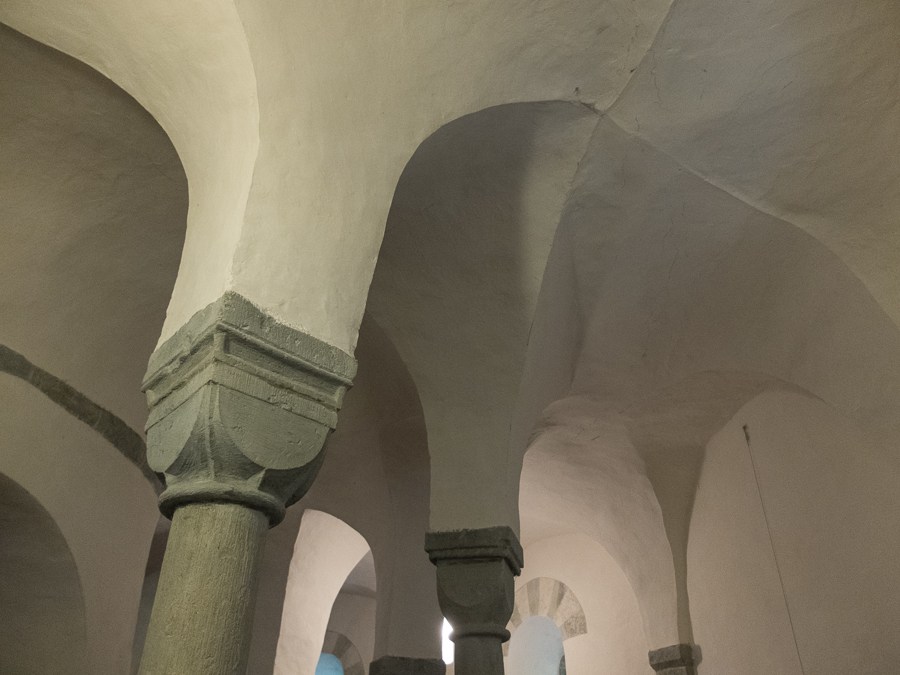