Every month the Yarn Therapy Zone on Ravelry organizes a spin along that celebrates a spindle maker. In October it was Malcolm Fielding’s turn. Of course I had to participate! I had already started a spinning project, spinning 200 grams of Siren roving by Nunoco. I was away on holiday during the first weeks of October and didn’t bring my spinning, but after that I still managed to spin quite a bit.

I love the colour of this fibre. It’s a subtle mix of petrol, grey, and lilac, so the resulting thread is a muted petrol. I enjoyed picking up my big Malcolm Fielding tibetan and spinning on it again. Then I moved on to a Neal Brand spindle, I don’t know why exactly. I just felt like spinning on it, I guess!

After filling up the Neal Brand tibetan, I returned to Malcolm Fielding’s spindles. I chose my pu yok with the inlaid dolphins. It’s a rather heavy spindle for its size, but it spins beautifully.

I moved on to a Dyavol – those spin fantastic! On one of the last days of the month I received a new spindle from Malcolm (the Tibetan with the dark ring) so I gave it a try. Marvellous! I filled it up quickly, and managed to fill up almost seven spindles during the SAL! I didn’t spin all the fibre yet, so I will continue a bit into November. 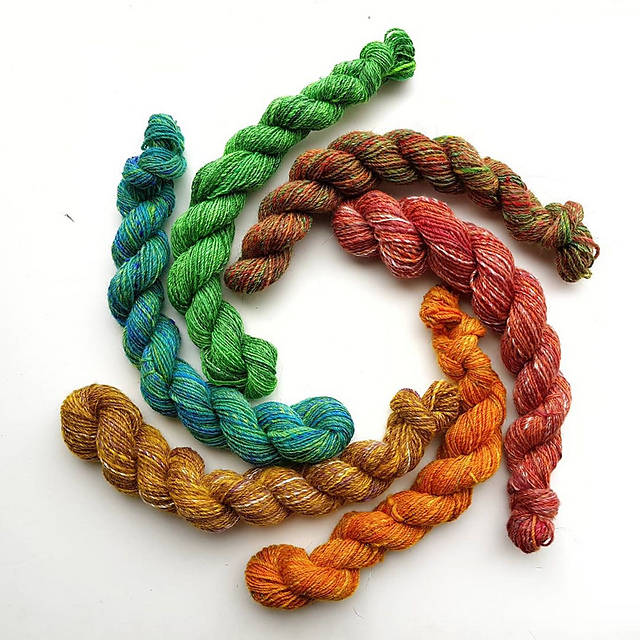 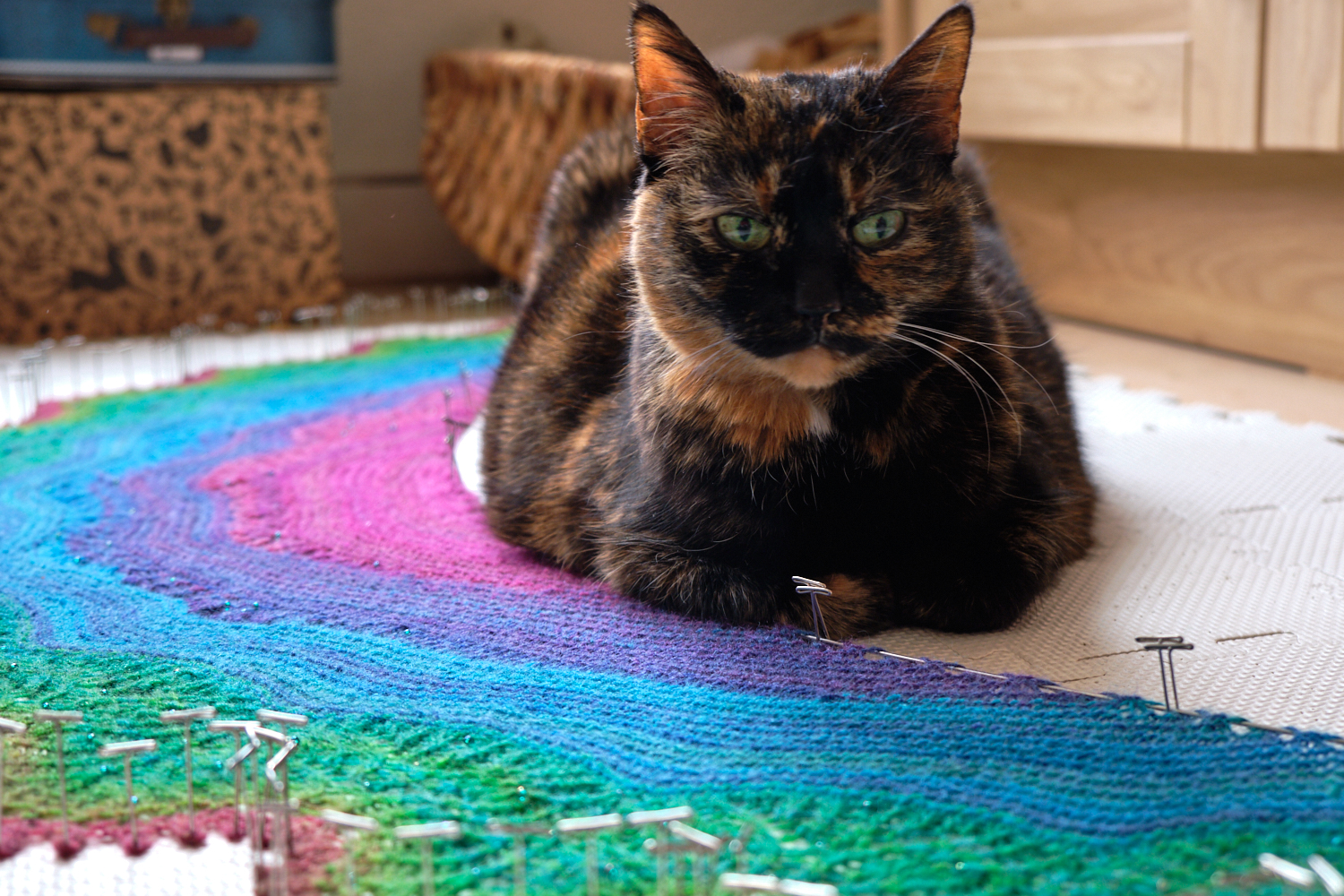 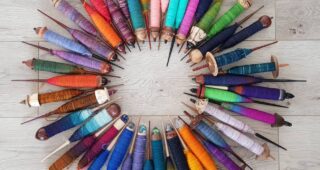